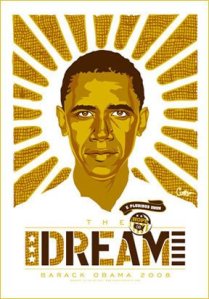 It came as a bit of a surprise to me that a blog post as innocuous as “blogging from Obama Headquarters” could bring such a string of comments! Take this statement about me from my friend Mike:

Kevin, who has been a friend for nearly 23 years would not find my questions nearly as problematic as his defenders and Obama’s disciples. He would and I am sure does understand both me and my bewilderments at his positions. More than once we have laughed at each other and chided each other just for fun. For I also remember his giddiness about Clinton and Al Gore. Every four years a new prophet has entered and Kevin’s a political monster. Kevin is a democrat and I am a socialist with little or no respect for anyone who would want to be president.

“Giddiness about Clinton and Al Gore (the bore)?” A new prophet every four years? Kevin is a democrat? Mike is a preacher, so I will chalk up all of this to “preacha’s license” – overstating things in order to make a point. But I guess I am still baffled by so much talk from anti and semi-anti Obama folk accusing everyone who might like to see different leadership as “starry-eyed disciples” swayed by a “silver-tongued devil” that can’t wait for our anointed messiah to rise from Bethlehem’s stable and take his proper seat in the oval office at the right hand of truth, justice, and the pursuit of the American dream.

It is interesting to me that anything discussed in the public square in terms of this year’s election that is not rife with cynicism, skepticism, bitterness, gall, acrimony, rancor … well, you get the point … is some kind of misplaced worship, political naivete, or abdication of the true politics of Jesus. I am so tired of hearing this stuff from others I have decided to make a public pronouncement to end all of the questions – with of course my tongue firmly planted somewhere beyond my left Premolar (Bicuspid):

“Obama is Jesus … the long awaited Messiah that brings good news to the working class family … the ambassador of hope for an end to politics as usual … the prince of peace in the Middle East – and every other place where people have been displaced … the everlasting and all-knowing senator who can bring stability, joy, and happiness to every person, family, and community around the world.” – Kevin, 7/25/2008

Now … if someone could just help me photoshop that picture above so that it says the “New Yorker” above it … or maybe I could tinker with Rublev’s icon of the Trinity and superimpose Obama in the middle?